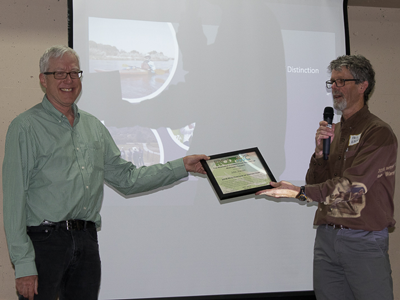 At the event the RCDMC also held the premiere screening of their film ‘Within Reach: Releasing Arundo’s Leafy Grip on the Salinas’, featuring the collaborative work on the river, and honored John Warner as our ‘RCD Partner of Distinction’. As a USDA Natural Resources Conservation Service Soil Conservationist of almost 20 years, Mr. Warner’s dedication to conservation agriculture has been a critical asset to Monterey County in times of drought, fire and flood.

The Salinas River work celebrated at the BBQ includes the following accomplishments since 2013.